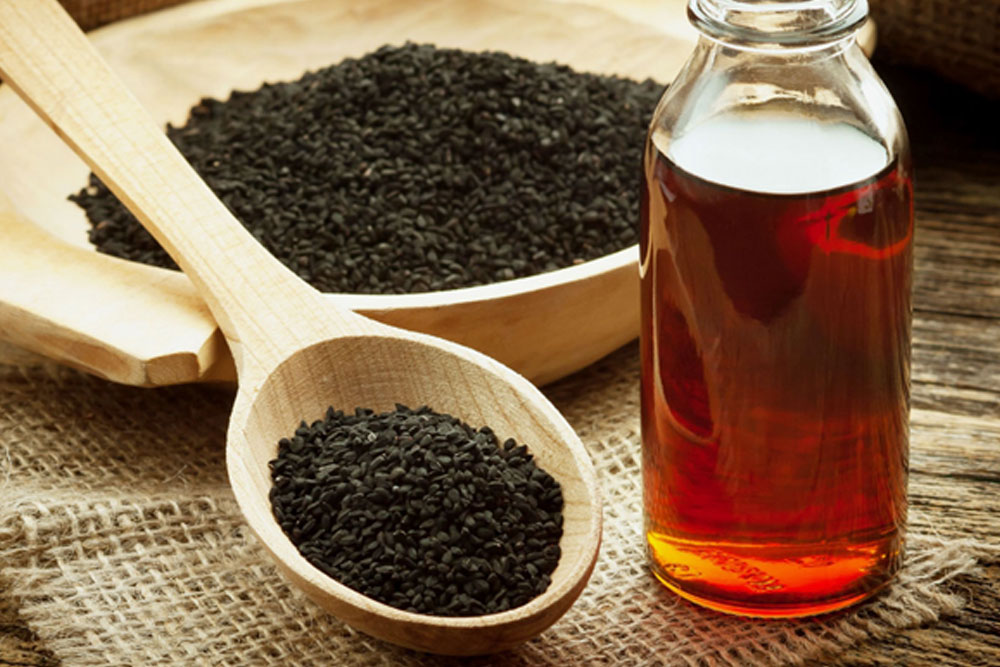 Known as the miracle seed in ancient wisdom traditions and used by rural people since time immemorial as a natural cure for several diseases and health conditions, black seed (Nigella sativa) oil or black cumin seed oil contains the essential ingredient thymoquinone which has been a focal point of research in the in recent times. Even though the mainstream medical community is not actively using this remedy for cancers, it has shown positive results in various trials and experiments conducted over the years.

Black Seeds have been used Medicinally for Thousands of Years

In two separate studies conducted in 2011, Chinese [1] and Saudi Arabian researchers [2] reviewed scientific literature for the usage of black seed oil with cancer. They were able to reconfirm the anti-cancer properties of this safe and natural seed oil and how it has been used as a traditional medicine for centuries. The oil and the extracted active ingredient thymoquinone are both effective against many diseases like cancer, asthma, kidney disease, cardiovascular complications, diabetes, etc. It’s a safe and effective agent against cancer in the lungs, kidneys, blood system, liver, prostate, cervix, breast and skin.

Let’s take a brief look at the various types of cancers that black seed oil might have a cure for.

A 2007 study by the University of Mississippi Medical Centre showed that epigallocatechin-3-gallate (found in green tea) and thymoquinone (found in black cumin seeds) had a great potential of deterring and killing cancer cells. Since 5-fluorouracil for chemotherapy has side effects that the patient is often too weak to survive, alternative methods using thymoquinone and green tea catechin have been encouraged. [5]

A 2013 Ohio research [9] looked into the primary ingredient of black seeds to find an alternate treatment for glioblastoma in humans. Since thymoquinone has antioxidants and anti-inflammatory properties, this bioactive compound was introduced to glioblastoma cells in the brain and spinal cord. The compound was seen to inhibit autophagy in the cancer cells without affecting the normal cells, due to its cytotoxic properties. [9]

Similar studies have been done on stomach cancer, bone cancer, and bladder cancer. The results have shown a consistently positive effect of thymoquinone in every case. Official human trials are not yet being conducted in most of these cases.

However, we can prevent chances of cancer by ingesting black cumin seeds or black seed oil in various natural ways. Visit www.naturments.com for organic, non-gmo black seed oil and black seeds for your natural cancer or disease prevention venture.

Other benefits of black seeds

While the cancer inhibiting effect of black seed is still not being taken seriously by the mainstream medical community despite the various studies cited in this article, more conclusive evidence has been found in the case of obesity, inflammatory pain, digestive problems, diabetes, arthritis, and allergic reactions. Then there are those in rural communities who choose not to look at specifics or particulars of black seed but swear by the incredible impact it has on the overall immunity and holistic health of an individual.

How to consume black seed

While the simplest way would be to sprinkle black seed on your dishes while cooking, the more effective way would be to consume it in combination with honey. Just a few drops in a tablespoon of honey is enough. Do not overdo it. For more details on the do’s and don’ts regarding black seed oil consumption, its application and methods of use, visit www.naturments.com/ebooks/ and download our free ebook.

For instance, stomach problems or digestion issues can be cured by having a teaspoonful of black seeds in a cup of yogurt. You can rub virgin black seed oil on your head and muscles for anti-inflammatory actions. A teaspoon of blackseed oil mixed with a teaspoon of honey and cinnamon will greatly help in weight loss. Several more methods are detailed in the above-mentioned ebook.

Whenever you are using black seeds in any form, remember these crucial points:

Black seed oil and black seeds have innumerable health benefits. If you are not diabetic or pregnant, make it a part of your daily diet in some form or the other.  However, one must take care not to consume more than the recommended dosage. Just 2 grams of black seeds or two teaspoons of blackseed oil consumed daily is enough to keep you healthy and free from a plethora of health conditions while boosting your overall immunity holistically.

Click here to head over to our store and place your order for our 100% pure organic cold-pressed black seed oil! 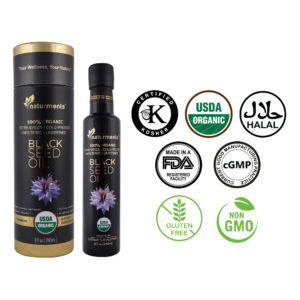 So you are from ?