Natural Ways to Lower The Risk of Cancer 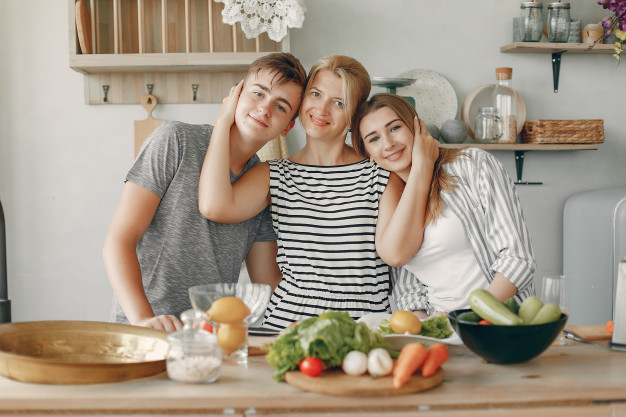 Cancer – the dreaded disease, no one would wish even upon their enemies. Everyone yearns to find ways to lower the risk of cancer.

Every year, 440 out of 100,000 people are diagnosed with cancer. It breaks apart families, ruins lives and pushes families into financial emotional distress and ruin.

Approximately 39% of all men and women will be diagnosed with cancer at some point in their life.

As June Goodfield put it, ‘Cancer begins and ends with man. In the midst of scientific abstraction, it is easy to forget this one basic fact’

The median cost of a cancer drug is $100,000, which is way beyond the capacity of the average American.

But is there a way to avoid falling into this death trap? Can you avoid such a chronic disease?

It is possible, simply through natural ways.

Here are some of the natural ways to lower the risk of cancer:

Also called the ‘Pharaoh’s Oil’, it has been used for centuries by mankind. It is a miracle drug, with proven benefits against a plethora of diseases. It has also been found to be a natural protection against the incidence of cancer.

A recent study in 2011 confirmed its anti-cancer properties. The most active anti-cancer ingredient in it is thymoquinone which is a potent anti-carcinogenic, anti-mutagenic and anti-oxidant.

A  2005 study found that thymoquinone could actually inhibit cell proliferation in special cases of leukemia.

Other studies have found and confirmed thymoquinone as a potent anti-neoplastic and anti-apoptotic agent against colon cancer.

Black seed oil, due to thymoquinone, has been found to modulate, inactivate and control various pathways in the body that control the incidence and spread of cancer and that’s why it’s been very effective.

Have you had your fill of broccoli for today? If you haven’t, it’s time to start now!

They are supercharged with goodness that makes them a very powerful barrier to cancer-causing elements. Sulforaphane, a compound found in broccoli is the main contributing factor.

Recently, scientists have backed this conjecture with solid proof. Having broccoli regularly is a great way to cut down on your risk of cancer.

Who doesn’t remember the carrot chomping Bugs Bunny from our childhood? Turns out, carrots can be the perfect barrier to cancer if taken regularly. It is rich in alpha-carotene and beta-carotene, both of which are known for useful carotenoids that activate carcinogen-metabolizing enzymes in the body. This helps to excrete carcinogens out of the body before they can exert any harmful effects.

Carrots are also a rich source of luteolin.

Studies have found out about the anti-cancer properties of luteolin as well, making carrots one of the most important foods in your diet.

It’s a great idea to have your fill of carrots every day since it is very easy to do so with any salad or meat of your preference.

Strawberry, blueberry, raspberry, blackberry – all of them are excellent anti-cancer agents.

While the berries taste great is also an added advantage, their enormous anti-cancer potential that can drastically reduce the risk of cancer is a great reason to include them in any diet. Therefore, they are a welcome addition to any diet that you’re following.

Widely known to the whole world as a delectable spice, its potent anti-cancer properties can come as a shock to many.

A 2010 study found out how useful cinnamon can be in preventing cancer. Another study discovered how cinnamon could potentially inhibit the proliferation of cancer cells.

There is also very elementary scientific evidence that it can inhibit the formation of blood vessels in tumors and prevent its growth.

Who knew a simple condiment could have such protective properties?

Chestnut, almonds, coconuts, walnuts, hazelnuts – there are plenty of them, but all of them share a similar property: all of them can act as anti-cancer agents.

Nuts have been the subject of multiple scientific experiments, and the results have been promising.

Nuts have been found to:

Although studies are still at a preliminary stage, there can be no doubt about the cancer protection that a diet replete with nuts can provide.

Originating in the Mediterranean and famous for its use in Italian cuisine, it is also widely used all over the US. It has also been found to demonstrate anti-cancer properties.

A 2019 study demonstrated the benefits of olive oil in patients with colorectal cancer.

Ingestion of olive oil has been found to be metabolized too fast to elicit a therapeutic response at times, but epidemiological evidence demonstrates the detrimental effect of phenols (constituents of olive oil) on free radicals, carcinogens and the process of carcinogens.

Although further studies are required to prove beyond doubt the effectiveness of olive oil, it is nevertheless a great addition to your diet if you’re looking to reduce the risk of cancer.

Turmeric or curcumin is another spice or condiment widely used by the Asian community in the US. It also had demonstrated health benefits, one of which is reducing the risk of cancer.

A study showed how turmeric was cytotoxic to lymphocytes and lymphoma cells, especially in animals.

In other recent studies, curcumin has been found to demonstrate anti-cancer activities by modulating a variety of biological pathways in mutagenesis, oncogene expression, cell cycle regulation, apoptosis, tumorigenesis, and metastasis.

Clearly, curcumin isn’t simply all about health benefits only, since it makes food taste amazing. That’s one more incentive to add it to your daily diet.

Who doesn’t like to chomp on a bit of grapefruit or orange? Lemons are widely used in food as well as drinks all over the US. They are excellent for health, let alone being sumptuous.

However, the consumption of citrus fruits has been found to be linked with a reduction in the risk of the incidence of cancer.

Although the results are at a preliminary stage, the evidence points to the direction that consumption of a healthy amount of citrus fruits regularly can indeed cut down on the probability of getting cancer.

A favorite of the Mediterranean region enjoyed Italian cuisine and widely used in the US as well, nearly every known diet uses tomatoes. The main ingredient, lycopene, is known to have excellent anti-cancer properties.

A 2013 study demonstrated that the intake of even one of the raw tomatoes or cooked tomatoes could drastically cut down on the probability of getting cancer.

Tomatoes can be used and eaten with virtually anything, and it is tasty too. There’s no reason why it shouldn’t be part of your diet!

It’s not just vampires and werewolves who are afraid of garlic. As pungent as it might seem to many people, garlic has tremendous health benefits, and even cancer might be afraid of it.

Garlic has been found to be most lethal against prostate, stomach and colon cancers.

Although the experiment results are at a primary stage, one can’t doubt the effect of garlic on cancer cells.

You can also use garlic for all meat and fish dishes. It’s pretty easy to have your fill of garlic every day, and it’s something that you should include in your diet.

So, this is it! These were some of the natural ways to lower the risk of cancer.

The list, of course, isn’t exhaustive. There are other dietary sources that have great anti-cancer properties. For example, fish that are rich in omega-3-fatty acids have likely to have a lower risk of cancer incidence in people who consume them. Flaxseeds also act as a potential barrier to the formation and proliferation of cancer cells, especially colorectal cancer.

Even something as simple as Vitamin A and Vitamin D is likely to reduce the incidence of cancer when used properly in the diet.

A daily dose of black seed oil in your diet could also be one of the most failsafe ways to steer clear of cancer. With its miraculous properties, black seed oil has the potential to be the strongest wall holding our fortress in our battle against cancer.

The time to change your diet is now!

Which of these natural ways to lower the risk of cancer you already knew about? Comment below!